Showing posts from February, 2013
Show All

Until Brian Clough came along, no football manager was quoted as widely as Bill Shankly, who was the undisputed king of the one-liner during his 15 years as Liverpool boss. But although Shankly's mots justes became legend, it was rare for him to share more than a snapshot of his innermost thoughts with journalists.  He would seldom consent to a lengthy interview.  Ultimately, he looked back over his career in an excellent autobiography penned skilfully and sensitively by the journalist John Roberts, but there is not much else in the archives that explains in detail how he went about turning Liverpool from a team down on its luck in the Second Division to the one that in his time alone won three First Division titles, two FA Cups and enjoyed its first taste of glory in Europe. In consequence, a book to be published in March will be of particular interest. Shankly: The Lost Diary (Trinity Mirror Sports Media) reproduces for the first time in more than 50 years a series of
Post a Comment
Read more

The Lion who roared back - a footballer's triumph over illness, poverty and war 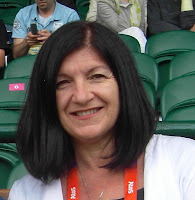 Julie Ryan was only a toddler when her father's football career was drawing to a close, too young to know anything about the goalscoring feats that made him a favourite with fans at Millwall, Brighton and Gillingham during the post-War boom years of the 1950s. But as she grew up it became clear that the story of John Shepherd, who scored 121 goals in his nine seasons in the professional game, was a particularly exceptional one. Barely 18 months before making an extraordinary Millwall debut in which he scored four times, Shepherd had been admitted to hospital in Cornwall suffering from poliomyletis, a dreaded disease of childhood and adolescence that claimed thousands of victims in the first half of the last century. Shepherd, who contracted the paralysing illness while on national service with the RAF, lost all feeling in his left foot and doctors warned him he might never walk again, let alone realise his dream of professional football. The dark days spent in an isolat
Post a Comment
Read more

While it is easy and only natural to feel sad for Paul Gascoigne in his battle against the vicious combination of depression and alcoholism, some perspective is provided by recalling the fate of Duncan Edwards, 55 years on from Munich air crash that claimed his life and those of seven other Manchester United players among the 23 fatalities. If Gascoigne's was a talent largely unfulfilled, arguably because of self-inflicted damage, Edwards was denied even the chance to realise his potential, the promise of greatness and glory extinguished when he slipped away in a Munich hospital 15 days after the United plane crashed attempting to take off from a snow-covered runway. The story of Duncan Edwards has been told before but, many would argue, never with the depth of research behind it that James Leighton clearly invested in his biography, subtitled The Greatest, which is just out in paperback. Leighton, who worked in the law before deciding he could no longer resist his passion
Post a Comment
Read more

Cycling knight Sir Bradley Wiggins is continuing to provide the sports book market with a shot in the arm, even in the traditionally quiet period at the start of a new year. The Wiggins autobiography, My Time, published by Yellow Jersey, was last year's Christmas hit by a massive margin, the fastest sports biography to clock up 200,000 sales since David Beckham's My Side in 2003. But where other books that caught the reading public's imagination in the run-up to Christmas have tailed off a little, sales of the Wiggins story have kept on growing. Nielsen BookScan had recorded almost 229,000 copies of My Time sold by the end of 2012 and another 11,000 have been added in the first month of 2013.  With renewed interest in Wiggins' two previous autobiographies, the Tour de France winner and Olympic gold medallist has sold 278,000 books since the close of London 2012. This compares with a modest post-Christmas increase from 63,000 copies sold to 67,000 for Jessic
Post a Comment
Read more
More posts