Showing posts from May, 2016
Show All 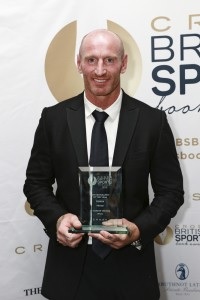 The judges are pondering over 10 shortlists for the 2016 Cross Sports Book Awards ahead of the awards ceremony on 1 June. In addition to the titles under consideration for Autobiography of the Year , the longlist for which was revealed in January, the contenders in nine other categories have been named, including the new award for International Autobiography of the Year. Gareth Thomas won the 2015 Sports Book of the Year award for Proud As in previous years, after the individual category winners have been announced, each will go forward to an online public vote to determine the overall Cross Sports Book of the Year. Everyone that takes part in the public vote will be entered into a draw to win National Book Tokens. Michael Calvin, who won the overall prize in 2014 with The Nowhere Men and was the ghostwriter behind rugby star Gareth Thomas's 2015 winner Proud, has the chance to complete a hat-trick with Living on the Volcano , his study of what it takes to survive a
Post a Comment
Read more
More posts