Showing posts from June, 2011
Show All

by Jon Culley Men’s tennis in 2011 may be unsurpassed in terms of technical brilliance and the 2008 Wimbledon final between Roger Federer and Rafael Nadal has every right to be called the greatest tennis match of all time. But debate continues over whether Federer-Nadal is the supreme rivalry of the modern tennis era or whether that distinction still belongs to John McEnroe and Bjorn Borg. Nostalgia clouds the argument, of course.  Stephen Tignor’s new book about the Borg-McEnroe era is therefore a welcome text, describing the revolutionary development of the game in the 1970s and 80s within a historical perspective. High Strung: Bjorn Borg, John McEnroe, and the Untold Story of Tennis's Fiercest Rivalry is first and foremost Tignor’s attempt to evaluate the summers of 1980 and 1981, during which the ice-cool Swede and the combustible American collided in two Wimbledon and two US Open finals, culminating in the moment at which Borg, in an extraordinary breach of protocol,
Post a Comment
Read more

Author Mark Ryan’s acclaimed biography of the Chariots of Fire hero Harold Abrahams contains the startling revelation that the landmark moment in athletics history at which Roger Bannister became the first man to run a mile in less than four minutes might have been ruled invalid. Abrahams, who won the 100 metres gold medal at the Paris Olympics of 1924, went on to become a journalist and than an administrator and as such one of the sport’s most influential voices. He was a key figure as one of the official timekeepers when Bannister completed the Iffley Road course on May 6th, 1954 in three minutes 59.4 seconds Ryan’s research for the book, Running With Fire (JR Books), included extensive consultation with experts and it was at a meeting with two of them, the former Athletics Weekly editor and statistician Mel Watman, and the athletics historian Kevin Kelly, that evidence came to light that could have led to the legitimacy of the record being challenged. It was the role of A
Post a Comment
Read more

Mark Ryan fervently believes that a good journalist should be able to turn his or her hand to any subject, regardless of prior knowledge, and seems to have proved his point with his biography of Harold Abrahams, the British sprinter immortalised in the movie, Chariots of Fire .  Ryan’s new book Running With Fire: The Harold Abrahams Story  has already won acclaim in the athletics world for the depth and accuracy of the author’s research as well as the quality of the writing and yet the Mail on Sunday sports writer admits he began the project as something of a novice in the subject. “I’d done a bit of athletics but not a heck of a lot and I’m certainly no expert,” he said. “But I loved Chariots of Fire and when I began thinking about a book I might do with the 2012 Olympics coming up I found that while there had been books written on Eric Liddell there was nothing about Harold Abrahams. “I never thought I wasn’t qualified to do it because I’m a hard worker and as a journalist if
Post a Comment
Read more

Promised Land is your choice as Sports Book of the Year

Anthony Clavane’s book Promised Land: The Reinvention of Leeds United is the public’s choice as Sports Book of the Year. As readers of The Sports Bookshelf will know, eight category winners at the 2011 British Sports Book Awards were put to the vote in an online poll, which closed yesterday. The Awards organisers announced today that Clavane’s book, which brilliantly interweaves social and football history, had come out on top in the poll, beating ‘61: The Spurs Double and Beware of the Dog , by Brian Moore, into second and third places respectively. Promised Land won the Best Football Book award when the judges’ verdicts were revealed at the Savoy Hotel last month. ‘61: The Spurs Double was named Best Illustrated Title and Beware of the Dog crowned Best Autobiography. Sunday Mirror journalist Clavane, born in Leeds but who now lives in Wivenhoe, Essex, said: “It is really pleasing that the book has won the public vote. I’m glad it appears to have had an appeal beyond football.
Post a Comment
Read more

Tomorrow is the last chance to win £50 in National Book Tokens by voting for your favourite sports book from among the winners at the British Sports Book Awards, announced earlier this month.  Follow the link to an online form to register your vote an be entered automatically into a draw. To help you chose, The Sports Bookshelf is highlighting each of the eight contenders to be named the overall British Sports Book of the Year. Today's category winners: BEST NEW WRITER What are the hidden factors which allow the most successful sports stars to rise above their competitors? Are they shared by virtuosos in other fields? Award-winning Times sportswriter Matthew Syed, a former Commonwealth table-tennis champion, seeks to discover what lies behind world-beating achievement in sport and other walks of life.  The answers - taking in the latest in neuroscience, psychology and economics - challenge conventional ideas about what it takes to become the best. Syed debunks the cherish
Post a Comment
Read more

Times is running out for the chance to win £50 in National Book Tokens by voting for your favourite sports book from among the winners at the British Sports Book Awards, announced earlier this month.  Follow the link to an online form to register your vote an be entered automatically into a draw. The closing date is next Sunday, June 12th. To help you chose, The Sports Bookshelf is highlighting each of the eight contenders to be named the overall British Sports Book of the Year. Today's category winner: BEST RUGBY BOOK  The Grudge is Scotland on Sunday journalist Tom English’s gripping account of a rugby match that became the focal point for a clash of political cultures, brought to a head when Scotland was identified as the testing ground for the introduction of the most notorious piece of taxation legislation in living memory, the Community Charge, otherwise known as the Poll Tax. Poll Tax was Prime Minister Margaret Thatcher's baby and was universally unpopular.  Th
Post a Comment
Read more

Intimate story of the Beauty and George Best

WHAT THEY HAVE SAID ABOUT....Babysitting George, by Celia Walden Celia Walden, beautiful, privately-educated, the daughter of a Conservative MP and, since June last year, wife of television personality and former newspaper editor Piers Morgan, would seem the ideal journalistic fit for Daily Telegraph , for whom she is now a columnist. Her Thursday scribblings offer a commentary, with a sometimes caustic edge, on life, or at least on life towards the upper end of the social spectrum.  It is a long way from the kind of work she was assigned as a young reporter on the staff of the Mail on Sunday in 2003. Very different indeed, for example, from the job handed to her on a Sunday morning late in the July of that year, which involved dropping everything to fly to Malta, where her task would be to ‘babysit’ the paper’s star columnist, one George Best. As a 26-year-old girl with, by her own confession, "little interest in footballers or alcoholics and still less curiosity for th
Post a Comment
Read more

Why not take the chance to win £50 in National Book Tokens by voting for your favourite sports book from among the winners at the British Sports Book Awards, announced earlier this month!  Follow the link to an online form to register your vote an be entered automatically into a draw. To help you chose, The Sports Bookshelf is highlighting each of the eight contenders to be named the overall British Sports Book of the Year. Today's category winner: BEST BIOGRAPHY Not surprisingly, there was nothing in Manchester City’s FA Cup win last month to compare with the drama of the 1956 final, never to be forgotten for the bravery of City goalkeeper Bert Trautmann, who completed the match despite breaking a bone in his neck. The story retains its fascination, as publishers Yellow Jersey discovered when Catrine Clay’s examination of Trautmann’s life proved a hit with sports book readers after it was published in hardback last spring. Trautmann's Journey won critical acclaim, too,
Post a Comment
Read more

- June 03, 2011
Why not take the chance to win £50 in National Book Tokens by voting for your favourite sports book from among the winners at the British Sports Book Awards, announced earlier this month!  Follow the link to an online form to register your vote an be entered automatically into a draw. To help you chose, The Sports Bookshelf is highlighting each of the eight contenders to be named the overall British Sports Book of the Year. Today's category winner: BEST CRICKET BOOK  Harry Pearson has been observing northern life with affectionate humour in various ways since announcing his credentials as a writer via The Far Corner, his ‘mazy dribble through north-east football’ in 1995. In Slipless in Settle, which won him the MCC/Cricket Society Book of the Year award before the British Sports Book Awards judges gave it their vote as Best Cricket Book, he turns his attention to club cricket -- but not in a way that is awash with sentiment even if there is a sense of warm appreciation. T
Post a Comment
Read more 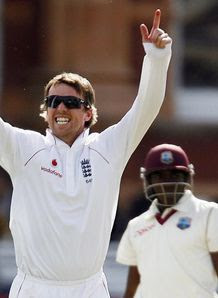 Graeme Swann Congratulations are due to publishers Hodder and Stoughton for coming up with what is surely the year’s cleverest title for a sports book.  It will appear on the cover of England spin bowler Graeme Swann ’s autobiography, due out in October, after someone with an eye for a play on words had spotted an opportunity to have some fun. “’The Brakes Are Off’ was the idea on the table but because Graeme bowls off-breaks it was crying out for ‘brakes’ to become ‘breaks’,” Swann’s ghostwriter, Richard Gibson, told The Sports Bookshelf. “So ‘The Breaks Are Off’ it will be.  I wish I could claim the credit, but it’s down to Roddy Bloomfield at Hodder.” Gibson has delivered the final manuscript for The Breaks Are Off , which promises some interesting insights into the recent history of the England cricket team from one of its more colourful characters. Swann, 32, had to endure a seven-year wait between his first appearance for England and his second but has made up for lo
Post a Comment
Read more
More posts