Showing posts from September, 2016
Show All

No Nonsense: Joey Barton's autobiography on the William Hill Sports Book of the Year longlist after just one day in the shops 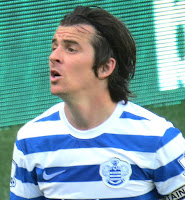 Joey Barton Controversial footballer Joey Barton's autobiography No Nonsense has been included on the longlist for the 2016 William Hill Sports Book of the Year even though it was published only yesterday. Written in collaboration with Michael Calvin, the award-winning author and sports journalist, Barton's book promises to deliver a candid account of a life never far from the headlines on and off the field. Calvin is the third writer to work with the player, who began the project in 2014 with Times journalist Matthew Syed and made one attempt to write it himself, which he did not sustain beyond nine chapters. There is much detail, some of it quite harrowing, about his upbringing in hard-edged working class Liverpool, where many of his associates and even family members were involved in crime at one level or another.  His brother, Michael, and his cousin, Paul Taylor, are serving jail sentences for the murder of an innocent black teenager. The book has no short
22 comments
Read more 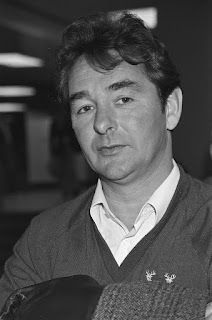 A guest review by Jeremy Culley, editor of www.lostintheforest-nffc.co.uk ALL clubs with distant glories are beset by the same problem. Younger fans are forced to cling to past triumphs of which they have no recollection, experiencing a mixture of frustration at missing out and blissful ignorance of just how bad the current crop are compared with the stars of yesteryear. In the same way that those of a certain vintage describe their partying days in the 1960s and 70s with wistful smiles and glints in their eyes, older Forest fans turn to children and grandchildren and say: "I've been there and done it all, me. Munich, Madrid the lot." Sadly for those fascinated by their ancestors' memories of European Cup and Wembley success, their own tales of watching Forest away may extend no further than Yeovil, Grimsby and Woking in the LDV Vans Trophy. Daniel Taylor has done much to ease their annoyance, however. 'I Believe in Miracles: The Remarkable Story of
Post a Comment
Read more
More posts