Showing posts from October, 2016
Show All

Chasing Shadows: who was the real Peter Roebuck and what happened to make him fall to his death from a hotel window? 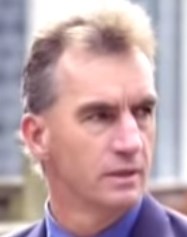 WILLIAM HILL SPORTS BOOK OF THE YEAR 2016 On the shortlist: Chasing Shadows: The Life and Death of Peter Roebuck. by Tim Lane and Elliot Cartledge (Hardie Grant) Review by Jon Culley Peter Roebuck: Journalist was  being questioned by police On November 12, 2011, Peter Roebuck returned to his hotel in Cape Town, having watched Australia humbled by South Africa in an extraordinary Test match at Newlands, which he had been reporting for the Sydney Morning Herald and the Australian Broadcasting Corporation. According to witnesses, Roebuck, a brilliant writer and commentator but as an individual something of an enigma, was reportedly in good spirits.  Waiting for him in the lobby of the hotel, however, were two police officers. They were investigating an accusation of sexual assault made against Roebuck by a Zimbabwean man whom he had supposedly met at the same hotel a few days earlier. The officers accompanied Roebuck to his sixth-floor room to talk to him about
Post a Comment
Read more 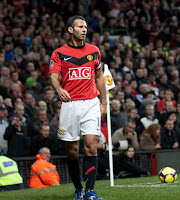 WILLIAM HILL SPORTS BOOK OF THE YEAR 2016 On the shortlist: Forever Young: The Story of Adrian Doherty - Football's Lost Genius. By Oliver Kay (Quercus) Review by Jon Culley Tales of rising stars robbed of the chance to fulfil their potential are not new but Oliver Kay's story of the fame that fate denied to Adrian Doherty stands out from the crowd. Doherty, a former apprentice at Manchester United, was a genuine phenomenon, even among a clutch of young players as gifted as those United were nurturing in the late 1980s. The names that would become known as United's golden generation - Ryan Giggs, Paul Scholes, David Beckham, Nicky Butt and the Neville brothers - were united in their awe of him, a player whose natural ball skills were allied to lightning pace and a fearless attitude that belied his rather shy persona. Sir Alex Ferguson knew within 15 minutes of first setting eyes on him that he wanted to sign him.  He offered him a five-year contract befo
Post a Comment
Read more

- October 18, 2016
The shortlist for the William Hill Sports Book of the Year Award – the world’s richest and longest-running prize for sports writing – has been revealed following the deliberations of the judging panel, who have whittled down a longlist of 17 to a shortlist of seven. Six sports are represented on the list, the majority sharing a common theme in that they dig deep into the psyche of their subjects, showing how their strengths and weaknesses helped and hindered them in the pursuit of their dreams. This is demonstrated in two memoirs set against the backdrop of the sea - Barbarian Days, by journalist William Finnegan, and Find a Way, by swimmer Diana Nyad. Barbarian Days, surfing’s first appearance in the 'Bookie Prize' field and already a Pulitzer Prize-winner, tells the story of a restless young man whose sport both anchors him and takes him around the world as he becomes an adult. Diana Nyad’s memoir is a testimony to the indomitability of the human spirit: a wor
Post a Comment
Read more
More posts