Showing posts from February, 2014
Show All

CRICKET BOOKS TO LOOK OUT FOR IN 2014 The highlights of 2014's new crop of cricket books will surely include the second contribution to the chronicles of the game to be offered up by Chris Waters, whose debut work on Fred Trueman won numerous awards. The Yorkshire Post journalist, whose authorised biography of Fred Trueman won both the MCC/Cricket Society and Wisden book of the year prizes, as well as best cricket book at the British Sports Book Awards , has turned his attention this time to Hedley Verity, another outstanding figure in Yorkshire's heritage of great bowlers. 10 for 10: Hedley Verity and the Story of Cricket's Greatest Bowling Feat builds a life story of the Yorkshire and England left-arm spinner, who died in 1943 from wounds sustained on the battlefield in Sicily, around the extraordinary world record bowling analysis he achieved against Nottinghamshire at Yorkshire's home ground, Headingley, in July, 1932.  It will be published by Wisden in
Post a Comment
Read more

CYCLING BOOKS TO LOOK OUT FOR IN 2014 The boom in cycling books has been a feature of recent years in the sports books market, their popularity fuelled by a mix of success stories and shame. On the one hand, the likes of Bradley Wiggins, Mark Cavendish, Chris Froome and Chris Hoy have taken British cycling to a new level in terms of achievement on the road and track. On the other, the doping revelations that engulfed seven-times Tour de France winner Lance Armstrong have placed cycling at the heart of a scandal unprecedented in the sporting world. The Wiggins autobiography My Time was the biggest selling sports book of 2012, while the William Hill Sports Book of the Year for 2012 was Tyler Hamilton's The Secret Race , based on the Grand Jury evidence that exposed Armstrong as the biggest drug cheat of all time. The Armstrong story spawned another William Hill contender last year in Seven Deadly Sins , in which journalist David Walsh's detailed his dogged pursuit of
Post a Comment
Read more

Biographer Patrick Barclay: 'I wish I'd been able to meet Herbert Chapman'

Given that the post-Christmas weeks are for good reason a quiet period in sports book publishing, the timing for the release of the first major biography of Herbert Chapman in the first week of January will have struck many as curious. The January 6 publication date for Patrick Barclay's life of one of the great pioneers of English football was not a random choice, however.  It marked the 80th anniversary of Chapman's premature death, at the height of his powers, when a cold he had picked up during a trip home to his native South Yorkshire turned with frightening speed into pneumonia, to which he succumbed in scarcely more than 48 hours. Chapman was not quite 56.   It was 1934 and he had since 1925 been the manager of Arsenal, having earned recognition in the game for winning the League title twice and the FA Cup with Huddersfield Town before being tempted by an offer from the Highbury hierarchy to double his salary. By the early 1930s, Chapman had transformed Arsenal.
Post a Comment
Read more 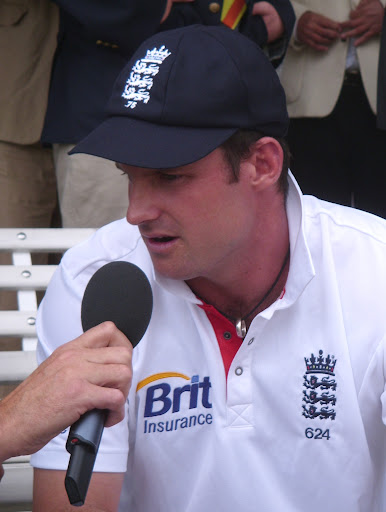 The latest episode in the cricket soap opera surrounding Kevin Pietersen looks unlikely to bring any insights into life behind the scenes in the England cricket dressing room, even though the most talented and controversial England batsman of recent years looks to have jettisoned for good, with a great many secrets to take with him. Andrew Strauss Perhaps what England skipper Alastair Cook and ex-head coach Andy Flower really think about Pietersen brilliant but destructive career will be revealed in a book one day, when what appears to be a mutually agreed omertà among the parties involved can be put to one side. In the meantime, here's some of what Cook's predecessor Andrew Strauss had to say about KP in his autobiography, Driving Ambition , published by Hodder and Stoughton in October last year, beginning with the call from Flower that marked the start of the 'textgate' saga that marred the last weeks of the former captain's career. Strauss recalled th
Post a Comment
Read more

Headline have revealed the cover for Bend It Like Bullard, the in which Jimmy Bullard, the former Wigan, Fulham and Hull City midfielder who was forced into premature retirement because of persistent knee injuries, dispenses his own Twelve Pillars of Football Wisdom. Bullard, 35, earned a reputation for playing practical jokes during his 13-year career in the professional game and Headline say his sense of humour shines through in Bend It Like Bullard. "We are extremely excited to be publishing Jimmy's first book," Headline announce in the publicity accompanying the cover picture. "We've read it, and trust us, it's hilarious." According to the publisher's blurb, Bend It Like Bullard is "a rip-roaring, life-enhancing, hilarious memoir from a football cult hero; very much in the same vein as recent bestsellers from Paul Merson and Jeff Stelling." Bullard, who grew up in the East End of London, worked as a painter and decorator but,
Post a Comment
Read more 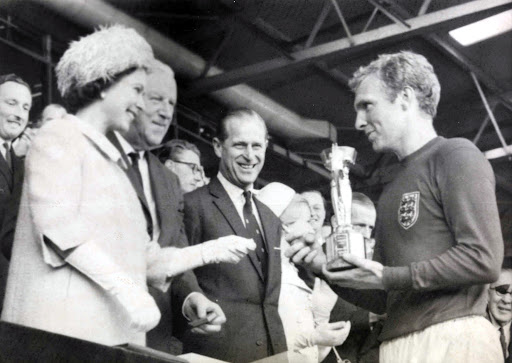 FOOTBALL BOOKS TO LOOK OUT FOR IN 2014 In a World Cup year, it is no surprise that 2014 will bring a surge of football titles to bookstores and online retailers. Among the highlights are new autobiographies from Trevor Brooking and Terry Venables, both published by Simon & Schuster , a biography for Yellow Jersey of England legend Bobby Moore by Matt Dickinson, the chief sports correspondent of The Times , and Fergie Rises ( Aurum Press ), in which Michael Grant, chief football writer of The Herald newspaper in Glasgow, studies the early years of Sir Alex Ferguson's managerial career at Aberdeen. Bobby Moore collects the Jules Rimet Trophy from The Queen at Wembley in 1966 Fans of Jose Mourinho will delight in an illustrated celebration of his career due to be published by Headline in time for next Christmas.  Before that, headlines will doubtless follow when a controversial book on the Chelsea manager written by Spanish journalist Diego Torres is published
Post a Comment
Read more
More posts