Showing posts from July, 2014
Show All

Fans of the Guardian writer Donald McRae will be delighted to discover that three of his classic sports books have been reissued by Simon & Schuster. Dark Trade , originally published by Mainstream , established McRae as a sports writer of distinction when it won the William Hill Sports Book of the Year in 1996. Written over a five-year period, it was based on a series of encounters with boxers, including Mike Tyson, James "Lights Out" Toney, Oscar de la Hoya, Roy Jones Jr, Michael Watson and Chris Eubank. Nine out of the 10 publishers to whom he submitted his proposal rejected it before Mainstream saw its potential. Two years later, by which time the South African-born McRae had given up his office job in London to write full time, he was shortlisted for the William Hill prize again for Winter Colours , also published by Mainstream. In Winter Colours, McRae explored the place occupied by rugby union in the culture of the different countries in which it is
Post a Comment
Read more

From the author of Britain's Lost Cricket Grounds, a celebration of the golden era of cricket festivals 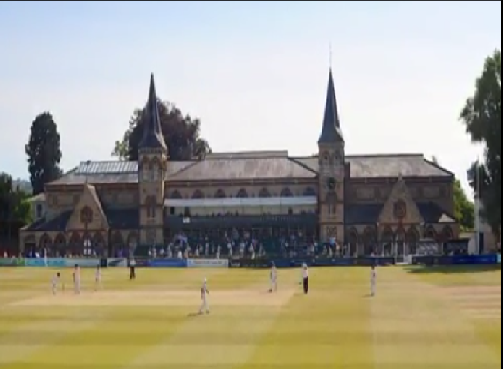 Cricket festivals were once as much a part of the English sporting summer as Test matches, Wimbledon and the Epsom Derby.    They were the chance for the cricket counties to venture from their metropolitan headquarters into the shires, where club grounds would dress themselves up to welcome the stars of the county and international circuits. Chris Arnot, author of the wonderfully nostalgic Britain's Lost Cricket Grounds , has now written an equally engaging tour of the country's rich cricket heritage that puts the spotlight on that cherished era. In his introduction to Britain's Lost Cricket Festivals , the Warwickshire-based journalist notes that as recently as 1961 there were 64 cricket festivals in the county fixture schedule, an average of three per county. By 2001 this had dwindled to 16; today there are fewer still.  Cheltenham and Scarborough continue, and there has been a revival of county cricket in Chesterfield, which Derbyshire deserted between 1998 and
Post a Comment
Read more
More posts